This is a koji starter with long white hyphae spore that are white and fluffy, very suitable for commercial koji and amazake (sweet sake).

You can use this koji starter to make white-colored foods and drinks with peace of mind because it does not turn brown (browning) nor discolor/change in color. 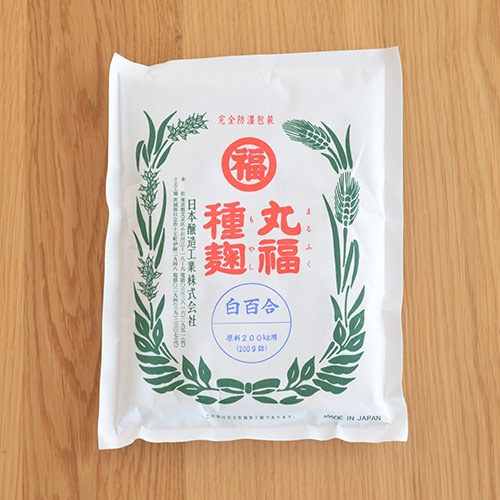