This is a koji starter culture seed that generates heat for fermetation well and is easy to use.

Even non-professionals in koji-making, general people, can use this koji starter with a peace of mind.

This product contains 20g of koji starter (Aspergillus) that can be stored for a long time, in conveniently sachet package so you can open it just as much as you need.

20g of this koji starter can be used for making 20kg of miso. 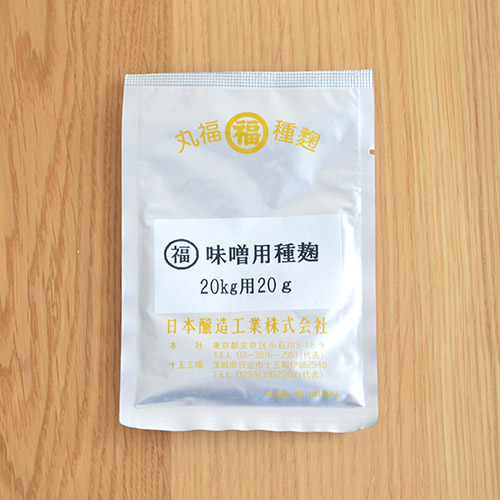