What is Koji Starter for Shoyu【MF-2】40g (for 360L of Shoyu) - Marufuku Koji Starter, Product from Nihon Jyozo Kogyo Co., Ltd.

This is a koji starter using Marufuku's traditional Aspergillus oryzae with typical speed of generation of fermentation heat and enzyme titer, an easy-to-use koji starter.

With this koji starter, you can expect plenty of glutamic acid and redness in the shoyu result.

This is effective when you want to reduce the enzyme titer by taking enzyme-origin countermeasures.

40g of this koji starter can be used for making about 360 liters of shoyu. 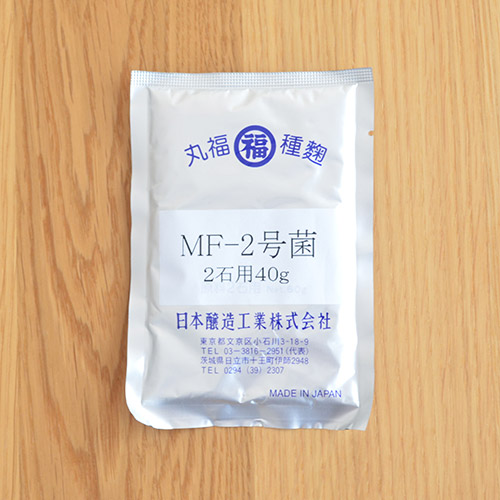