What is Koji Starter for Shoyu【MC-01】40g (for 360 Litres of Shoyu) - Marufuku Koji Starter, Product from Nihon Jyozo Kogyo Co., Ltd.

We use the culture strain which has fast generation of fermentation heat, good hyphae coverage on grains, and less clumps.

It also has balanced enzyme titer. This koji starter is very easy to use.

40g of this koji starter can be used for making about 360 liters of shoyu. 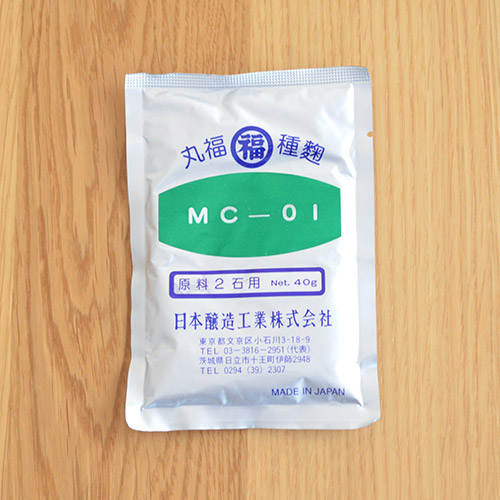