What is Aspergillus Sojae? 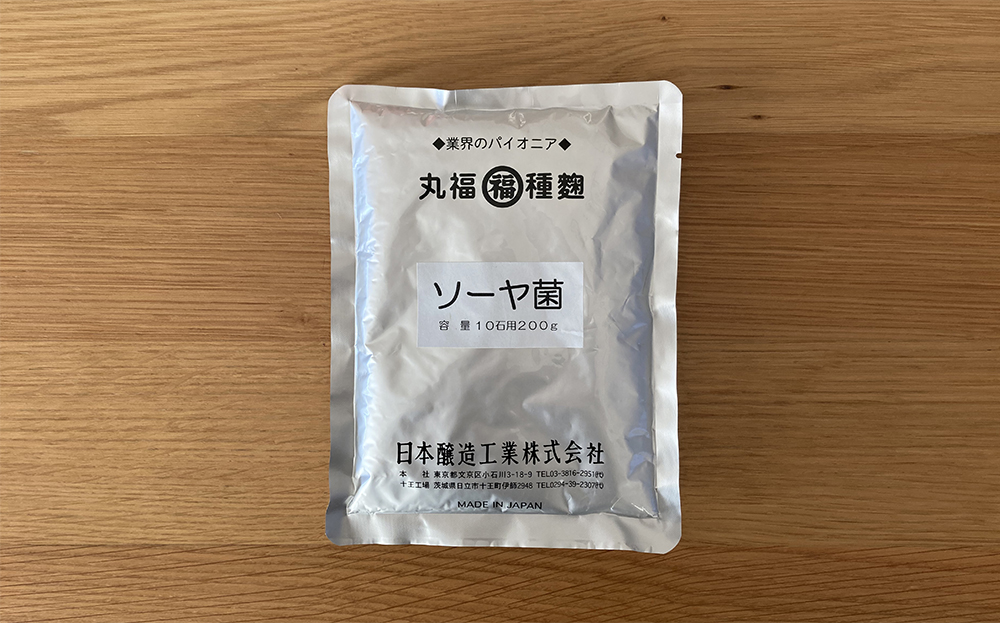 Aspergillus Sojae is a type of koji spore that is specially used for making soy sauce and miso. Unlike the common koji spore starter (Aspergillus Oryzae), A.Sojae will result in koji with less sweetness, making it perfect to make salty fermented food like soy sauce or miso.

While sake making requires koji starter that has a high ability to decompose rice starch, during soy sauce or miso making, it’s important to use koji starter that can decompose soybean protein, which is the raw material of soy sauce and miso. When A. Sojae and A. Oryzae are compared with each other, it’s clear that A. Sojae has more protease genes that A. Oryzae and work better when decomposing soybean protein. That is why A. Sojae is great for soy sauce brewing.

What’s Special About This Koji Starter?

This koji starter is packed with Aspergillus Sojae bacteria. As soon as it is kept in a warm temperature, the spores can grow quickly. The starter is characterized by low alpha-amylase and high proteinase with the distinctive scent of A. Sojae fungus. It is a spore starter that has been favored for a long time with little coloring.

Nihon Jozo has been specializing in making koji starters, seasonings, brewing appliances, and brewing materials for more than 105 years. With a long history and dedication, high quality can be expected from the products.

How To Make Soybean Koji

Soybean koji is the most common type of koji to make soy sauce or miso. Feel free to use this soybean koji tutorial as a reference.

*Turn on English CC for subtitles.

・Soybeans (proper amount as you like)
・Koji starter for beans
・Steaming cloth (2 sheets)
・Koji fermenter (fermentation device; you can also use Yogurtia or food warmer)

More Convenient If You Have

The Steps of Making Soybean Koji

Step 1. Wash the Soybeans, then Soak Them in Water 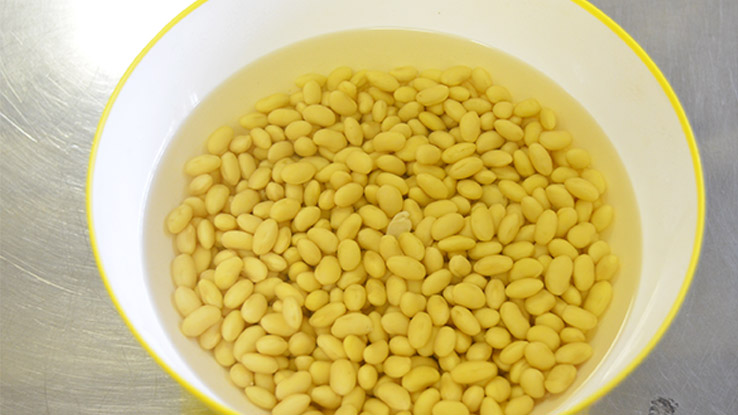 Wash the soybeans properly.
After that, discard the dirty water. Then add clean water in the bowl until the soybeans are completely immersed in water.
Wrap it with plastic wrap, and soak the soybeans for about 24 hours.
When the temperature is high such as in summer, put it in the refrigerator. 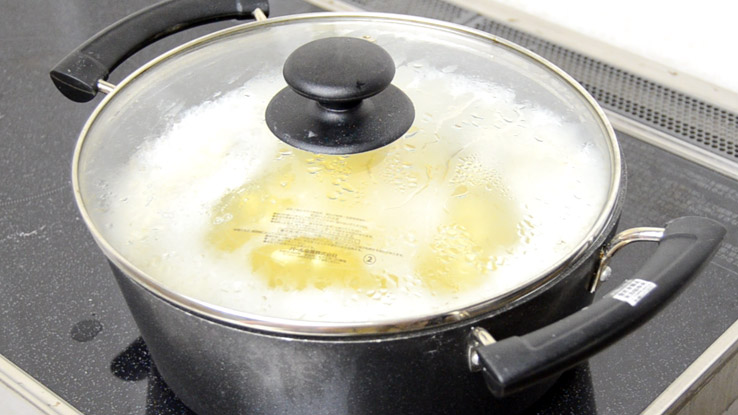 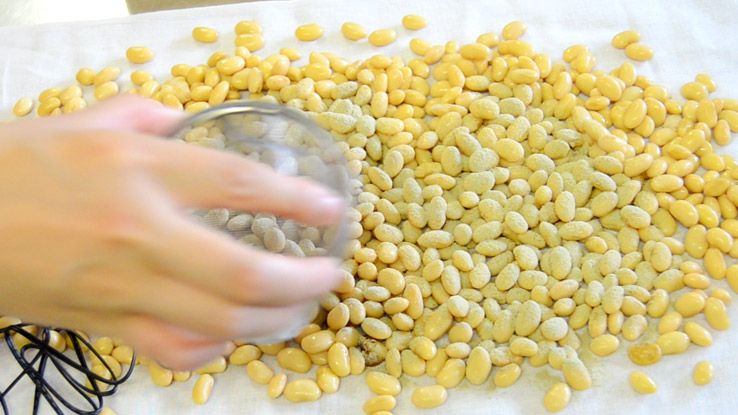 When the soybeans are bolied up, put and spread it on a clean tray or a clean dish cloth.
Please be careful not to burn yourself.
Use a fan to cool the temperature of soybeans.
When the temperature of the soybean have cooled down to 36 degrees, sprinkle the prepared koji tarter seed and mix it thoroughly (this step is called "seeding").
The amount of koji starter is usually about 2g of koji starter on 1kg of soybeans.
For people who try to make barley koji for the first time, it's easier to succeed the breeding of the koji starter if you use 2 times of that amount.
During this step, please prepare the koji fermenter/warming device and warm it until 30℃. 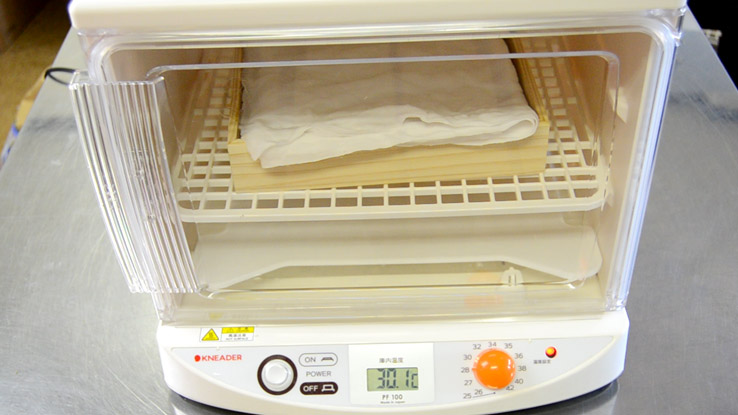 After the seeding step, move the soybeans to a koji box and spread them flat and thin (about 2-3 cm of thinkness).
So that the soybeans isn't dried off, cover the flattened soybeans' surface with a firmly squeezed clean cloth (disinfect the cloth first with boiling water).
Put it in 28-30℃ pre-warmed fermenter device.
If you keep a humidity by putting a tray of water in the fermenter, there is no need to cover with cloth.

Since soybean koji is more vulnerable to various bacteria than rice koji and barley koji, keep the soybean temperature below 30℃.

For making this koji, the optimal temperature for breeding the koji starter (Aspergillus oryzae) is around 28-30 degrees. Please keep the rice warm at this temperature.
Please be careful for not to drop the temperature. 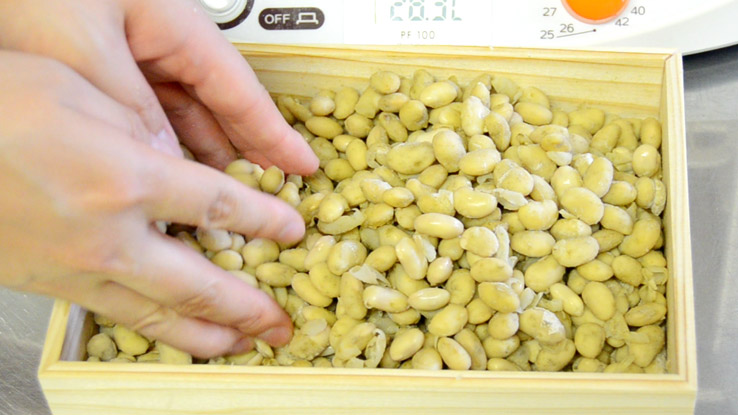 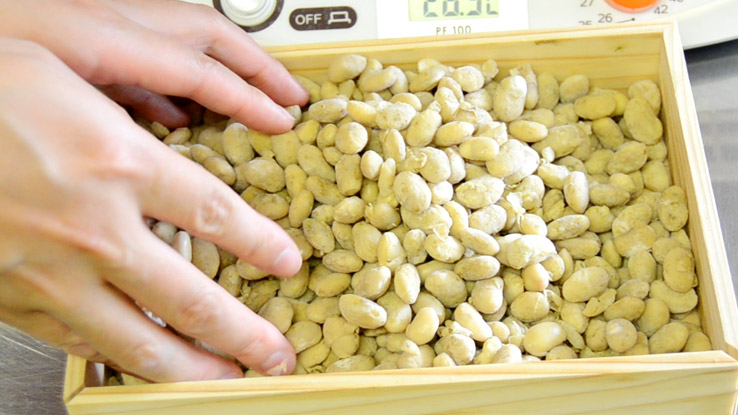 Step 7. The Completion of Soybean Koji 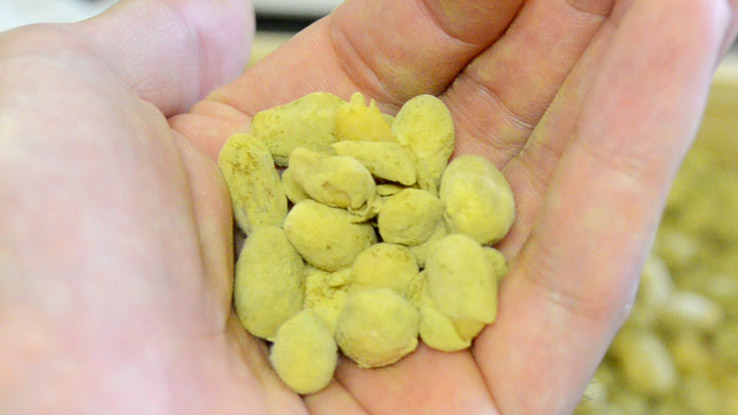 How to Store Soybean Koji

After the soybeans koji is completed, it's recommended to use the koji as soon as possible. Even if it is kept in the place where the temperature is low and the wind circulation are good, if the mass of the koji rice is thick, the fermentation will not stop and the quality of the koji may deteriorate.

If you plan to save the koji rice for 1-2 days after it's finished, please untangle the clumps in koji rice by massaging it, then spread it as thin as possible and keep it in a cool place. 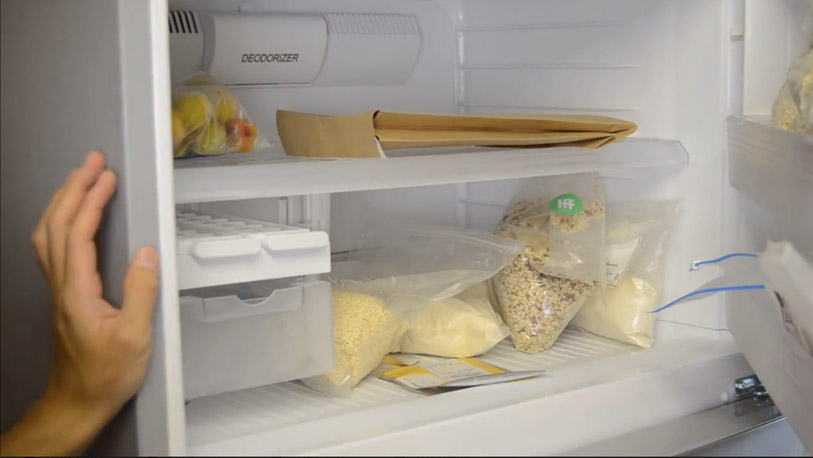 Store in the refrigerator: about 2-3 weeks

When storing in a refrigerator, put it in hygroscopic (material that tends to absorb moisture from the air) paper bag.
In the refrigerator, it's possible to save the koji rice for about 2-3 weeks. 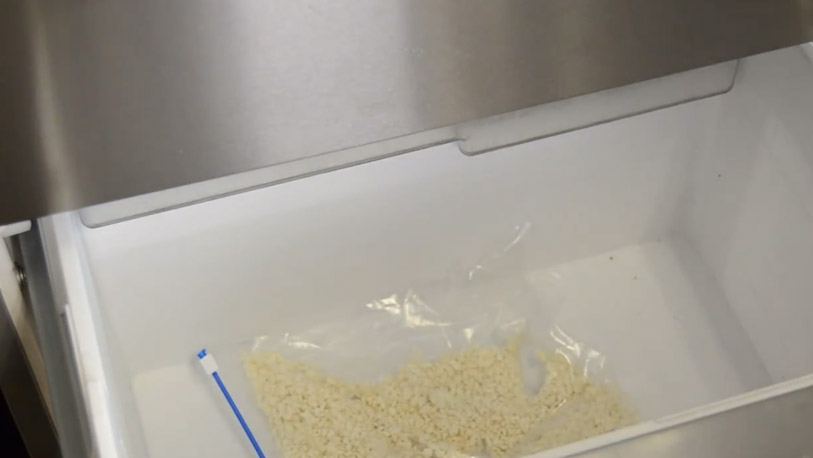 Store in the freezer: about 1-3 months

If you plan to use it later for a long time, put it in a zip lock (a plastic bag with zipper/fasterner), etc. and keep it in the freezer.
It's possible to save the koji rice for about 1-3 months in freezer.

What A Good Soybean Koji Is

From a good soybean koji, a good aroma like roasted beans will come slightly. If there is an unpleasant smell like a sour smell or a nasty smell, it's most likely that germs have entered and rotted.

Also, spores are grown strongly on good soybean koji. Its texture will be crumbly and not sticky.

If you want to check it more detail, cut the bean grain with a knife and look at the cross section. A good soybean koji has a thin white layer between soybeans and spores. 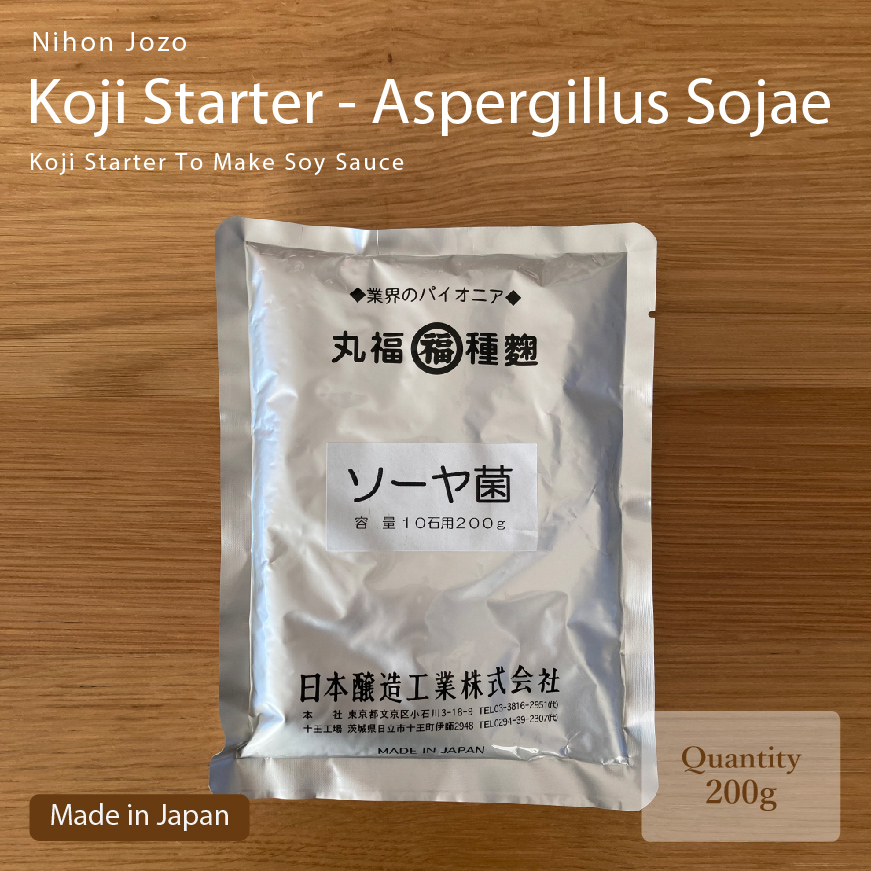