This is a koji starter suitable for rice miso (kome miso) with middle-length-hyphae compound fungi formulation.

Semi-powder koji starter is crushed grain of cultured rice grains.
In this koji starter, the hyphae of the Aspergillus fungi are included too, so the propagation of the culture is strong.

Moreover, this a 200g koji starter for 200kg portion of finished result, so the inoculation amount is large, which makes it's an easy-to-use koji starter. 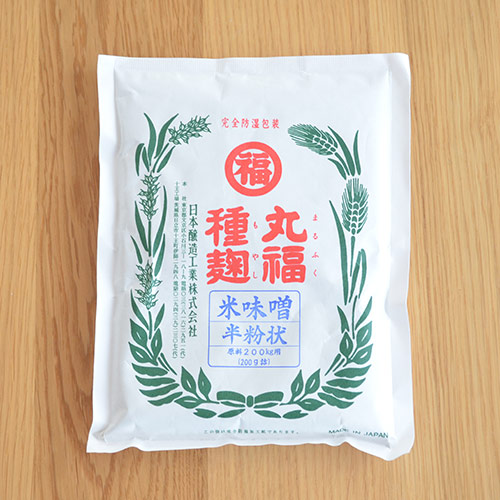