This is a fortified koji starter for shoyu with mixture of lactic acid bacteria and yeast fungi, which makes this koji starter is very effective for making shoyu.

By using it continuously, it is effective for stabilizing excellent microorganisms.

Even for general people, non-professional in koji-making, this koji starter is highly recommended!

This product contains 60g of koji starter (Aspergillus) that can be stored for a long time, in conveniently sachet package so you can open it just as much as you need.

60g of this koji starter can be used for making about 360 liters of shoyu. 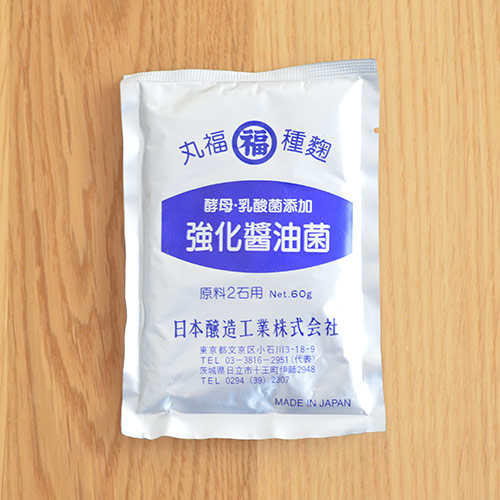