Gihei knife is a traditional knife made with forging technology that was transmitted in Sanjo City, and also with the inherited technology developed over the 5th generation.

Gihei knife has good durability and may last for a long time because it always made with the best materials and technology.

Therefore, it is said to be a knife that can be used for a lifetime period.

Blue paper steel is the same kind with Yasuki steel.
It refers to steel that contains chromium, tungsten and carbon compounds in steel made from iron-based raw materials.

There is a hard-to-break effect, making it be able to use for a long time.

What is Yasuki Steel?

"Yasuki Steel" refers to the special steel manufactured and developed by the Hitachi Metals, Ltd.

The steel that had been used for katanas in ancient times called "Tama Steel (玉鋼)" become the root for high-quality steel that modern knowledge and technology created nowadays.

In Yasuki steel, the components that believed to give impurities to the cutlery (such as phosphorus and sulfur) have been excluded to the utmost limit.

Therefore, it has the ideal function as a kitchen knife that have a nice viscosity and hard to break.

The Santoku Knife are Suitable for These Ingredients

Santoku kitchen knife is a versatile knife that can cut three ingredients such as meat, fish, and vegetables.

Because it is unnecessary to change the kitchen knife for each ingredient, it becomes a kitchen knife that is useful in ordinary households.

How to Care and Usage Notes

- How to care after using it
After use, please wash the dirt off, wipe it with cloth after rinsing it with hot/warm water, and keep it dry.
(Kitchen knife is weak to acid, salt, and moisture)

- Storage method
For knife that not to be used for a long time, spray it with vegetable oil (such as Camellia oil) throughout the knife after drying it.
After that, wrap it in newspaper or thin papers and keep it in a place with no humidity.

- How to care when rust comes out
If rust comes out frequently, please sharpen the blade with Shiage-to Whetstone/Grindstone （2000#～）.
The rust can fall easily without putting much strength for sharpening.

The kitchen knife is made considering the shape, blade hardness, thickness, angle, etc. so that the ingredients can be cut well and the knife can be easy to use.

Please use the knife correctly according to its purpose of use. 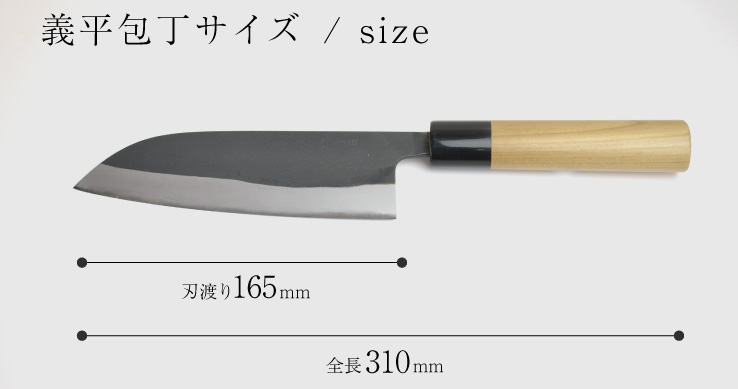 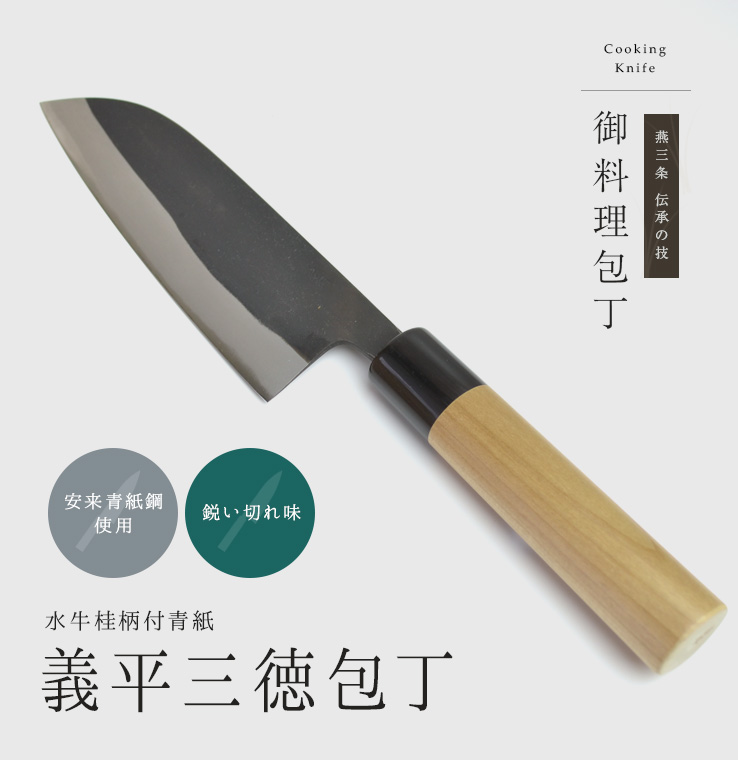