Shoyu is Japanese word for soy sauce, which is a dark brown liquid made from soybeans that have undergone a fermentation process.

In 2007, this product name has changed from "Organic Chemical-Free Shoyu" to "Traditionally-made Shoyu".

The culture starter/yeast in the shoyu is still alive because it didn't undergo heating process.

It is a high quality, organic, chemical-free shoyu that is made with traditional method using cedar barrels.

You can use this shoyu—Japanese soy souce—for all kinds of dishes such as everyday soy sauce and in boiled food. 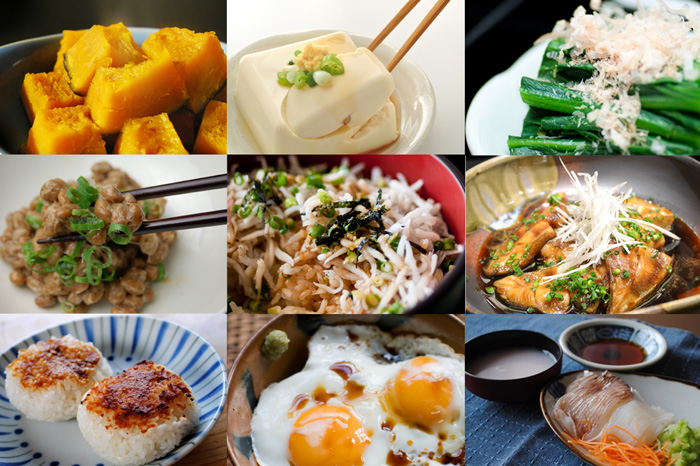 I've used various soy sauces, but this one is indeed delicious.
I think that I'll continue to use this for a long time, since after I found this shoyu, other products became not so delicious anymore.

Soy sauce is the deciding factor for the taste of food.
I feel that everything become delicious with this soy sauce.

It's a little expensive, but you can rest assured that it's using domestic and pesticide-free ingredients.
I want to continue using this shoyu from now on.

When I used it for the first time, I was surprised at the thickness of the taste.
But now, the other products are just not enough for me.
The taste of this shoyu is strong and so delicious!

Because the flavor is strong, I can get the taste I want with just a small amount.
Anyway, after using this soy sauce, you just feel like you can't use shoyu with weaker taste.
It's so delicious that I've been using it for quite a long time now.

It's the best soy sauce!
It goes very well with sashimi.

We are delivering to you the freshly brewed shoyu from majestic storehouse that have passed through the years, produced by skilled craftsmen who have been watching over the storehouse. 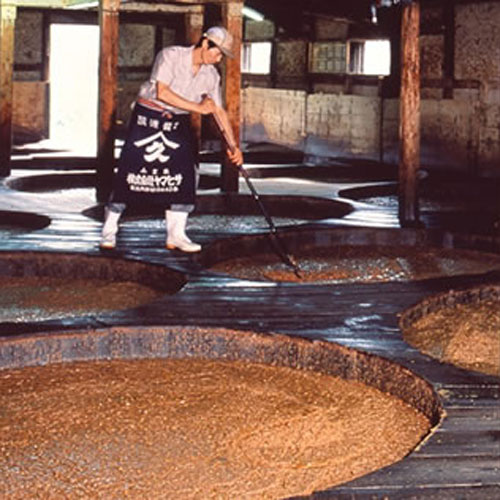 Established Since About 80 Years Ago, YAMAHISA Organic Traditional Shoyu Only Using Carefully-selected Ingredients

What is the difference between other companies' mass-produced shoyus and YAMAHISA Organic, Traditionally-made in Cedar Barrel Shoyu? 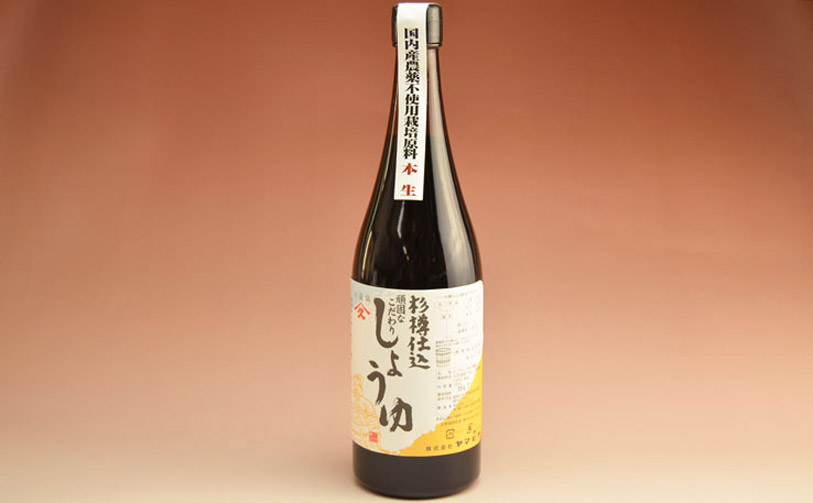 A Taste that Other Companies Cannot Imitate, "The One and Only Taste in the World" made by Yamahisa

In the case of mass production shoyus, the tank/barrel is used to finish the product with uniform taste as the additives are added and brewed.
Therefore, there is no the important strength of flavor lingering in shoyu.
However, the YAMAHISA, who is commited to "more safe and more natural" motto, make their shoyu naturally fermented without any additives.
Shoyu that made in barrels and storehouses which accumulates for years has evolved in the thickness and richness of the taste, and it's continuing the delicious taste of shoyu.

Storehouses' Feature
The delicious flavor is made with the culture starter from the storehouse which has been used for generations.

Barrels' Feature
The delicious flavor is made with the culture starter from the barrels which has been used for generations.

A compilation of technology (craftsman), history (environment), and ingredients all in order, made the highest grade of shoyu with solid taste that comes from the "strength" and "thickness" of shoyu.
That is, YAMAHISA Organic Traditional Shoyu, the Japanese Soy Sauce Traditionally-made in Cedar Barrel.

Message from The Maker of
YAMAHISA Organic Traditional Shoyu

Shōdoshima (Shōdo Island) is a famous scenic spot in the Seto Inland Sea, which is known for its beauty.

Shōdoshima has been making shoyu in its Utsumi-cho region for about 400 years, and Yamahisa has consistently pursued a genuine taste with its own stance and commited traditional process.

The history and tradition that has continued to seek "completion of good products with few top eminences" which cannot be achieved by national manufacturers of mass production, under the management completeness of "being consumers before being producer."
It is our pride.

Above all, the soybeans and wheat we are using as ingredients are different.

Commitment to use domestic raw materials, which getting fewer nowadays, chemical pesticides and chemical fertilizers are not used at all, also have organic JAS (Japanese Agricultural Standards) certification, made with a careful manufacturing method—we are making every effort to create a healthy taste.

It's also the same for salt, we only use the naturally sun-dried raw salt.

Whole soybeans containing oil bring redness to the color of soy sauce and raw salt gives subtle sweetness to the flavor of shoyu. It can be said that these are the special features of Yamahisa's shoyu.

There is also the difference in how it takes time and effort to process.

In ordinary shoyu making, it usually takes 4 to 6 months, but in Yamahisa it is not uncommon to spend 2 years on fermenting.

About this manufacturing method, the technical adviser (former factory manager) who has 50 years of experience in this area, fully demonstrated their experiences and sights, a self-made place just for craftsmanship.

We're also looking forward to these polished skill and mind being passed on to the younger generations.

A long-lasting, majestic storehouse where if you just take one step into it you can immediately smell the scent of shoyu in the air.
There is a nostalgic and warm original scenery of traditional shoyu making.

In a world where everything is replaced with new things, we must return to nature's providence once more and look closely at what should be bring up to the next generation. 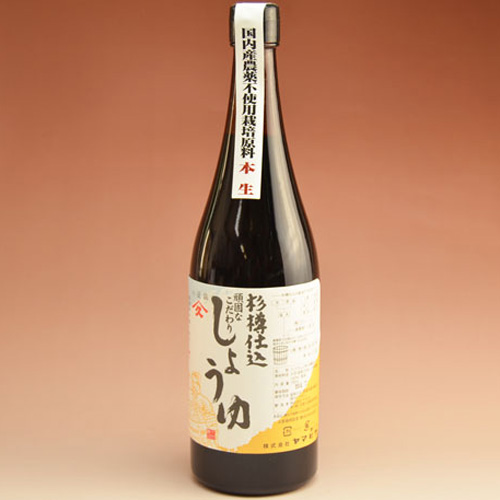