¥8,424
About The Kawamura Houchou Manufactory's Sanjo Yoshimune Tsuchime Santoku Knife The Niigata Prefecture, Tsubame-Sanjō has been named as a place of manufacturing knives since ancient times, and many artisan cultures... 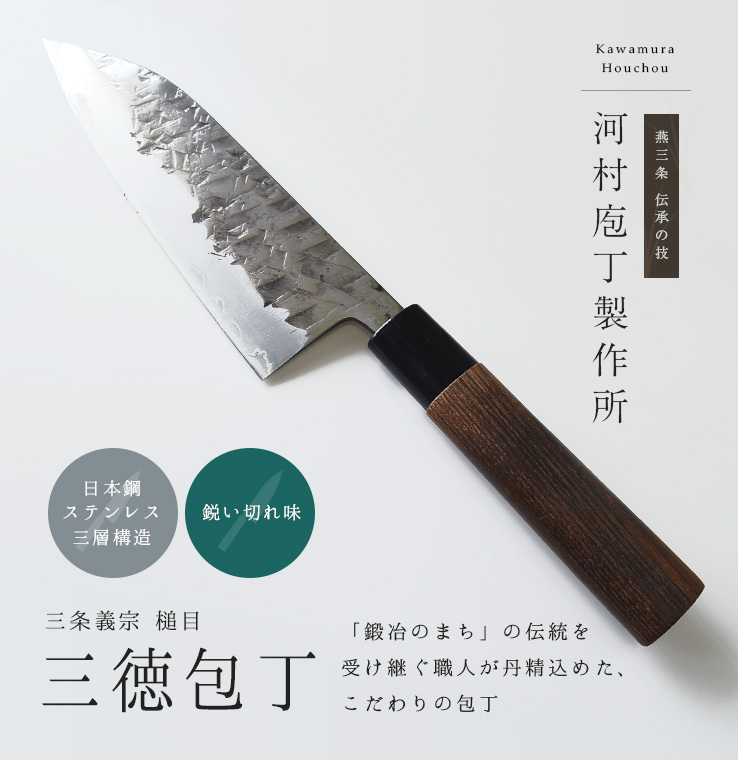