Chopsticks are simple, easy to clean, and hassle free. Or are they?

You might wonder why Japan, as one of the countries who eat a lot of rice, uses chopsticks as an everyday utensil. Although not all dish is eaten with chopsticks, they are still the most common utensil for everyday use in Japan.

Japanese people use chopsticks to eat almost anything: rice, beans, salad, and even a flimsy silk tofu!

Maybe you’ve tried to give this utensil a whirl but still somewhat struggle and don’t understand the great points of chopsticks. But If it seems inconvenient, then why is it still the number one eating utensil in Japan?

Well, there are good reasons why chopsticks is still loved by Japanese people. Here are some of them:

Reasons Why Chopsticks Are The Number One Utensil In Japan

In 2013, Traditional Japanese Cuisine or washoku has been recognized as one of the Intangible Cultural Heritage by UNESCO. Traditional Japanese cuisine itself mainly consists of rice, varieties of vegetables, and a source of protein like meat, fish, or tofu. Though beef, pork, and chicken meat is also very common, the most common protein in Japan is fish. 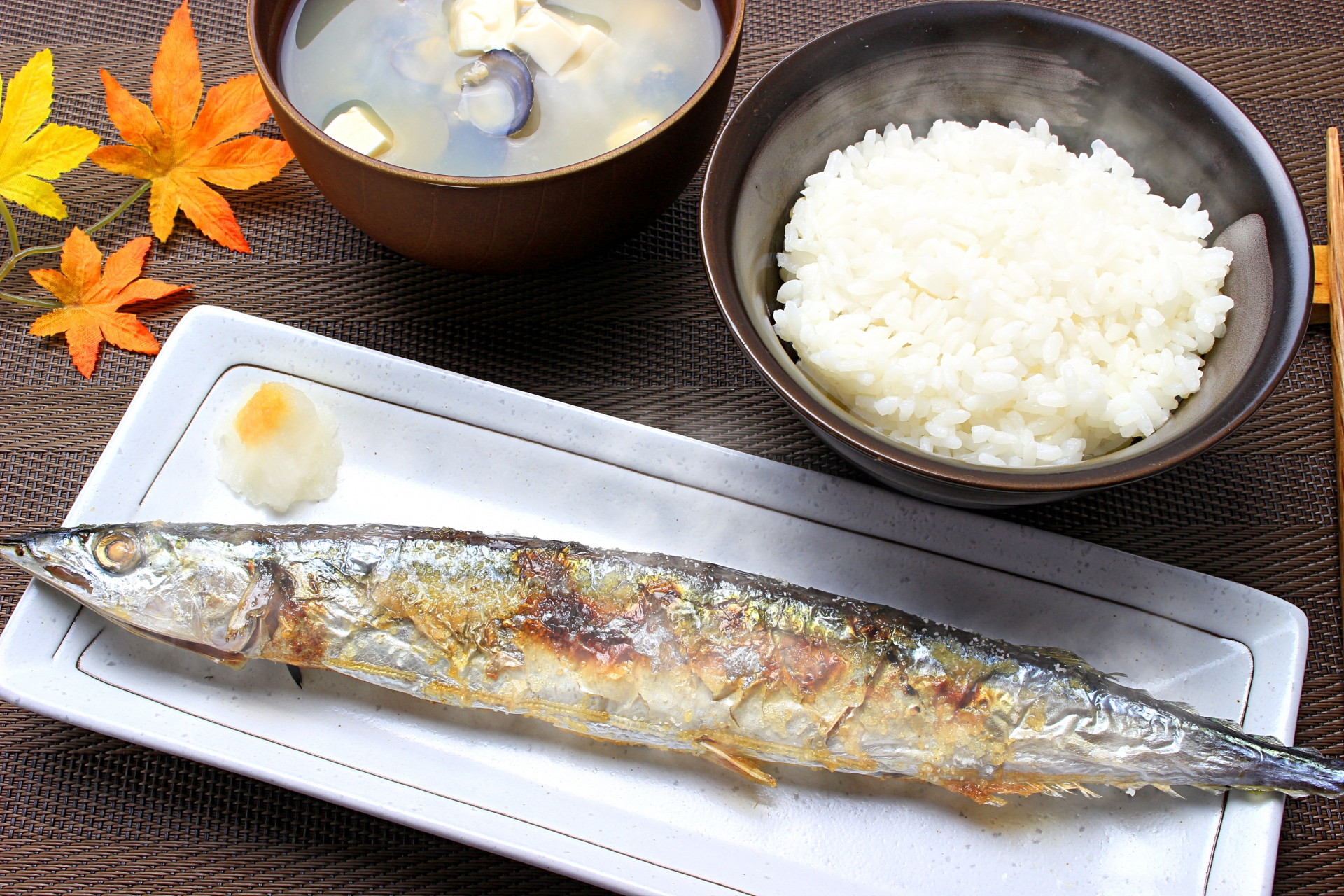 Japan’s relationship with fish has a really long history. Japanese people have been eating fish ever since approximately 4000 years ago. It might be caused by the fact that Japan is an island nation and fish is the easiest source of protein. Today, fish is one of the cheapest protein that people can get in the grocery store. Traditional Japanese food is not all about fish, but it dominates the variety of Japanese cuisine.

Chopsticks, especially Japanese chopsticks that has a slimmer narrow tips, allow people to debone fish and easily pick up the fish meat. Eating a whole fish is very common in Japan and many Asian countries. It would actually take longer to pick up tiny bits of fish bone using a fork or a spoon. The pointy side of Japanese chopsticks is very useful for this task. Sometimes, it is also considered a bad table manners if you debone a fish with your fingers. Though it differs for each person, the trick to eat a whole fish with chopsticks is to eat the fish one side at a time. If the fish is cooked right, the meat should be easily pulled away, leaving the bones behind. If you want to work on the other side, you can pick up the backbone with your chopsticks. Lift the backbone from the tail side and pull it up to the fish head. It takes some practice and perseverance, but If you’re already used to it, it will be very easy. 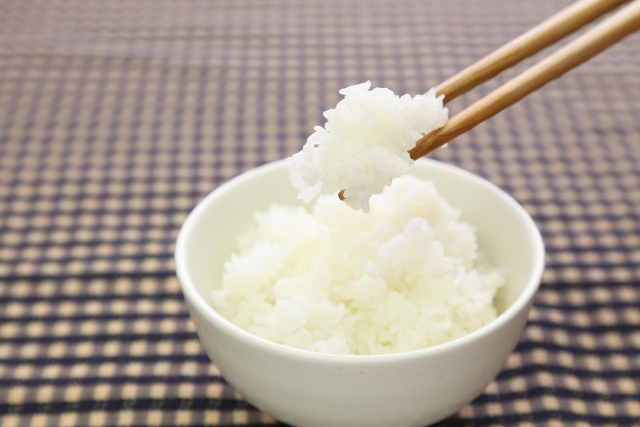 If people have a little bit left over rice grain in their bowl, it is very common to rise the bowl near one’s mouth with one hand and scoop the rice with chopsticks so no rice is left behind. Eating this way is a common culture in Japan and not considered as an impolite table manners.

Chopsticks are also a common tool to eat noodles in Japan. Though it might be slippery and hard to grip, eating noodles with chopsticks is a distinctive culture of East Asia. In Japan, Noodle is eaten by pinching a section of noodles, taking it into one’s mouth, and slurp the noodles to the very end of the noodle strain. Chopsticks are just used as a support tool when slurping noodles. Slurping noodles is not considered as rude even though the slurping might make a little noise. As long as the person doesn’t make a loud noise when they chew, it is not considered as an impolite table manners when eating noodles.

Chopsticks are one of the most versatile tools to use. Not only can it be used for eating or cooking but it also utilized for traditional ceremony and funeral as well.

In Japan, cremation is a very common tradition. If someone were to pass away, their body will be cremated and their ashes will be put into an urn that will be kept in a certain grave. During as funeral ceremony, chopsticks are used to transfer the remaining bones of a dead relative to the urn.

And as for cooking, chopsticks are often used in the kitchen by Japanese people. A person can practically pinch, divide, grip, stir and saute with chopsticks. It is almost a one-for-all utensil.

The earliest record of chopstick usage in Japan is said to be at the end of the Yayoi Period (1,000 BC – 300 AD). Originally, chopsticks were used for rituals of the gods. The earliest chopsticks-like utensil in Japan is shaped more like a tweezer than an ordinary chopsticks. It was made out of bamboo that is cut thinly and folded in half so it can easily pick things up. During this era, people in Japan still eat with their hands and chopsticks were not as common for eating as it is now.

It is predicted that Prince Shotoku was the pioneer of changing the eating culture in Japan. At the beginning of the 7th century, Emperor Suiko sent many Japanese delegations to China to study their language, culture, religion, medicine, and so forth. This expedition is known as Kenzuishi (a mission to Sui Dynasty).

On this expedition, these delegations saw what was then an already familiar utensil in the Chinese Dynasty: Chopsticks. After receiving the expedition report, Prince Shotoku is said to have adopted the chopsticks culture in court ceremonies in order to invite Chinese envoys to Japan. From there on, the custom of eating food with chopsticks started among the higher class in Japan and is predicted to become popular among commoners during the start of eight century.

The Unique Characteristics of Japanese Chopsticks 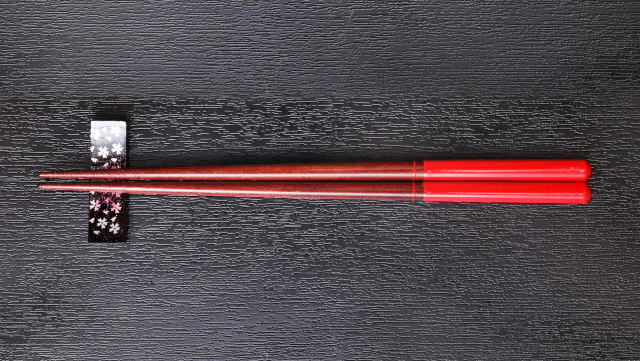 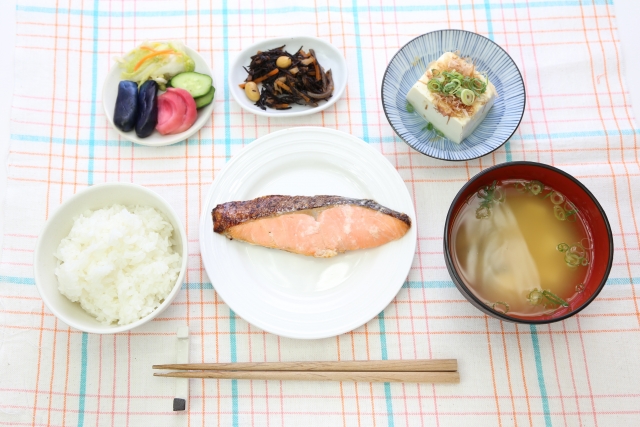 In a usual Japanese table setting, it is also common to put the chopsticks horizontally in front of the person that will be eating there. Chopsticks are put down on a chopstick rest called hashioki to keep the front part clean. Traditional hashioki is shaped like a small rectangle with a dented middle part to put the front end of the chopsticks. But lately, the design varies and can have all kinds of shape and color. Right now, hashioki can function as both a useful utensil and a cute decoration on the dinner table.

These are the ones that are used for eating. They are the most common type of chopsticks in Japan. The characteristic is very noticeable: medium to short length, tapered, and usually made of wood. 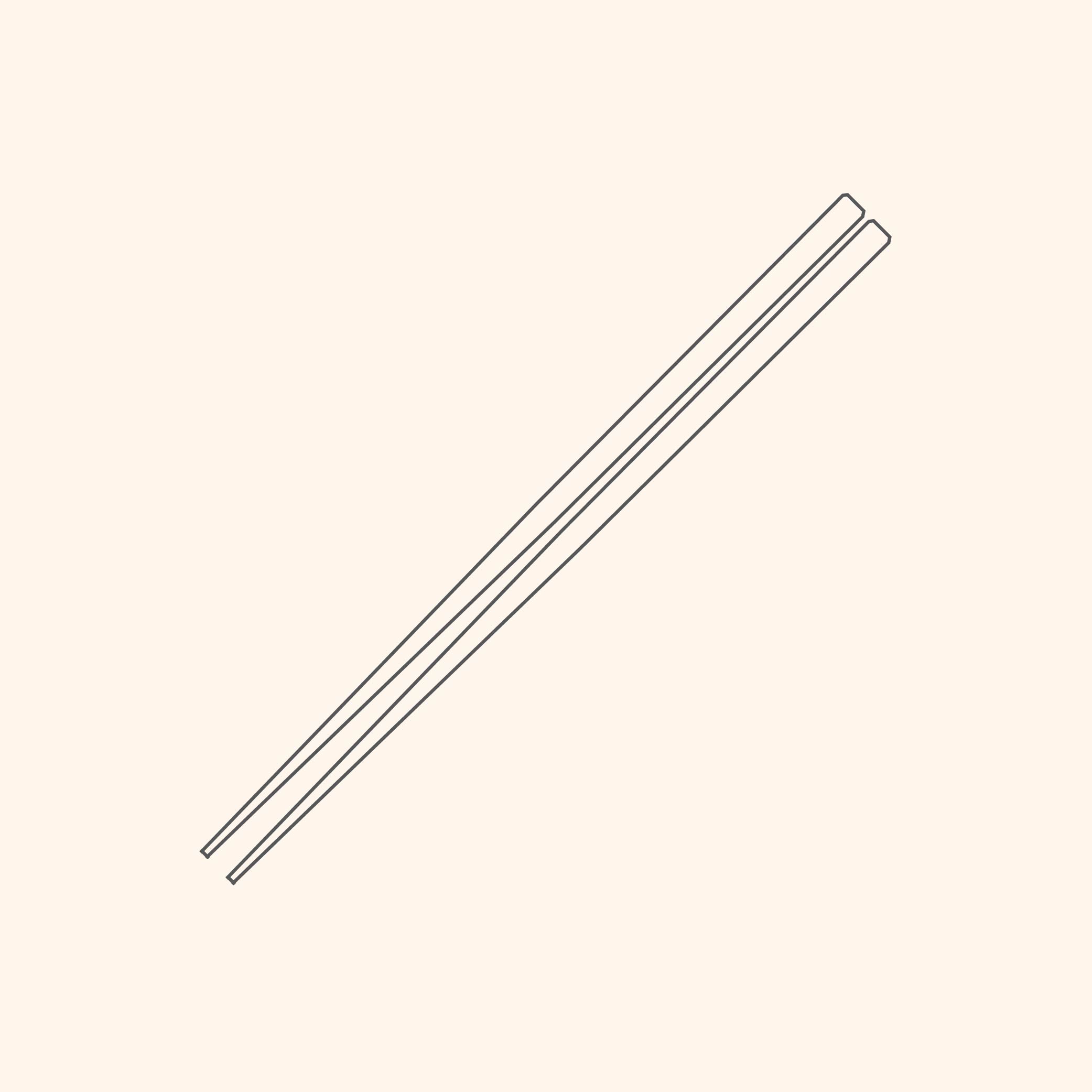 Or in other words, disposable chopsticks. These are the ones that you may find in your favorite budget Japanese restaurants or in a Japanese convenience store when you buy a take-out bento. They are practical and very efficient. When they are given to you, usually they come with a paper cover or packed in plastic. 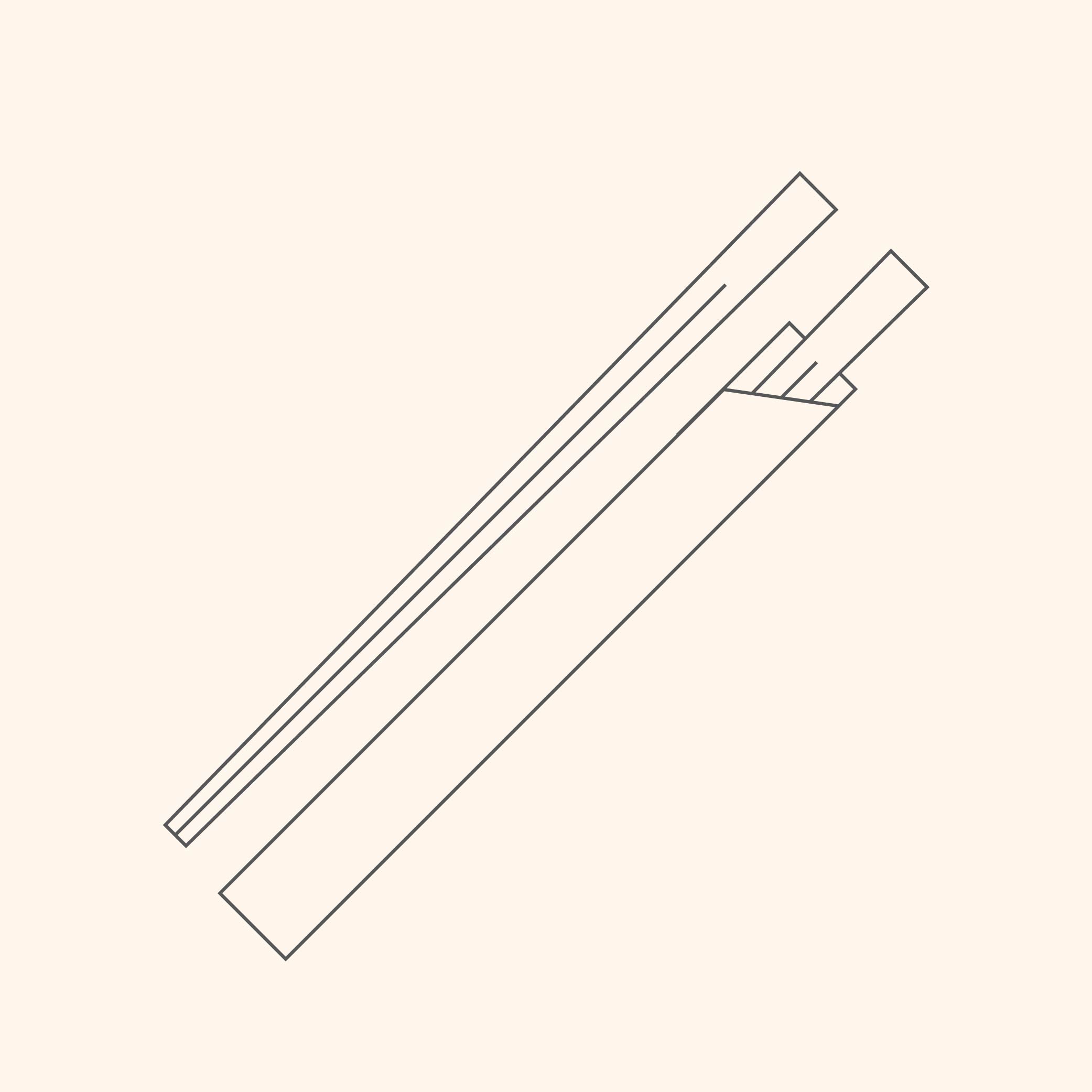 A special chopsticks that is used to eat Kaiseki dish (懐石料理 Kaiseki Ryouri), a high class arrangements of Japanese cuisine usually eaten by higher class during traditional Japanese tea meeting. Sen no Rikyu (1522-1591), a father of traditional Japanese tea ceremony, invented this type of chopsticks to be used during one of the earliest traditional tea ceremony in Japan. This chopsticks is not shaped like the usual Japanese chopsticks. They are tapered on both ends of the chopsticks, making it look symmetrical horizontally. This shape holds a deep philosophy behind it. The reason why both ends of the chopsticks are tapered is because the person eating is stating their gratitude to the gods. It is said that one tapered part is for the person eating and the other one is dedicated to the gods. 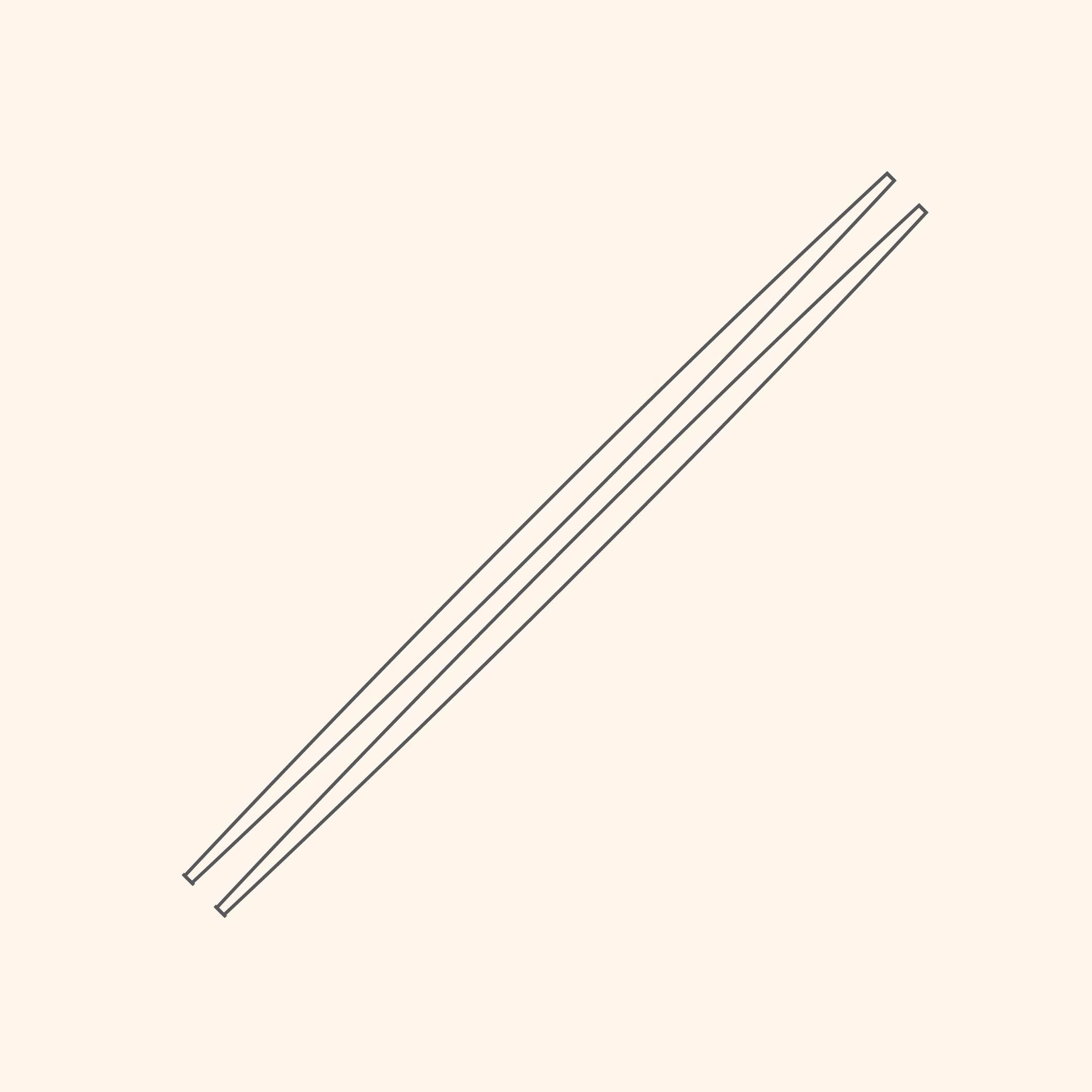 The term literally means celebratory chopsticks. Iwaibashi is commonly used to eat osechi dish, a Japanese celebratory dish to celebrate New Year. Iwaibashi has the same shape as Rikyuubashi. Moderate length and plain beige color. They just have different names because they are used for different occasions. Iwaibashi usually comes in an ornate paper cover that has a symbolic ornament on top of it called nori. 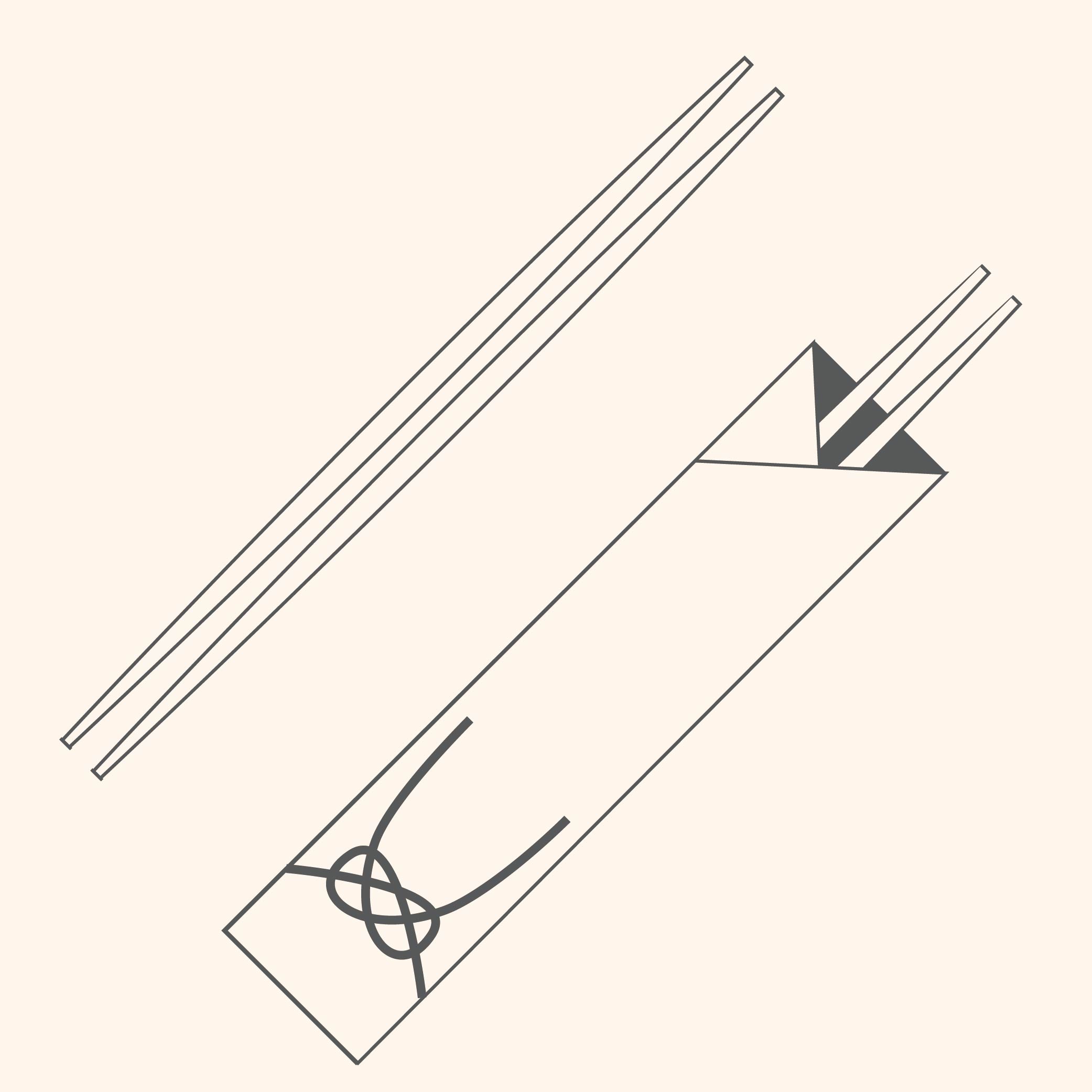 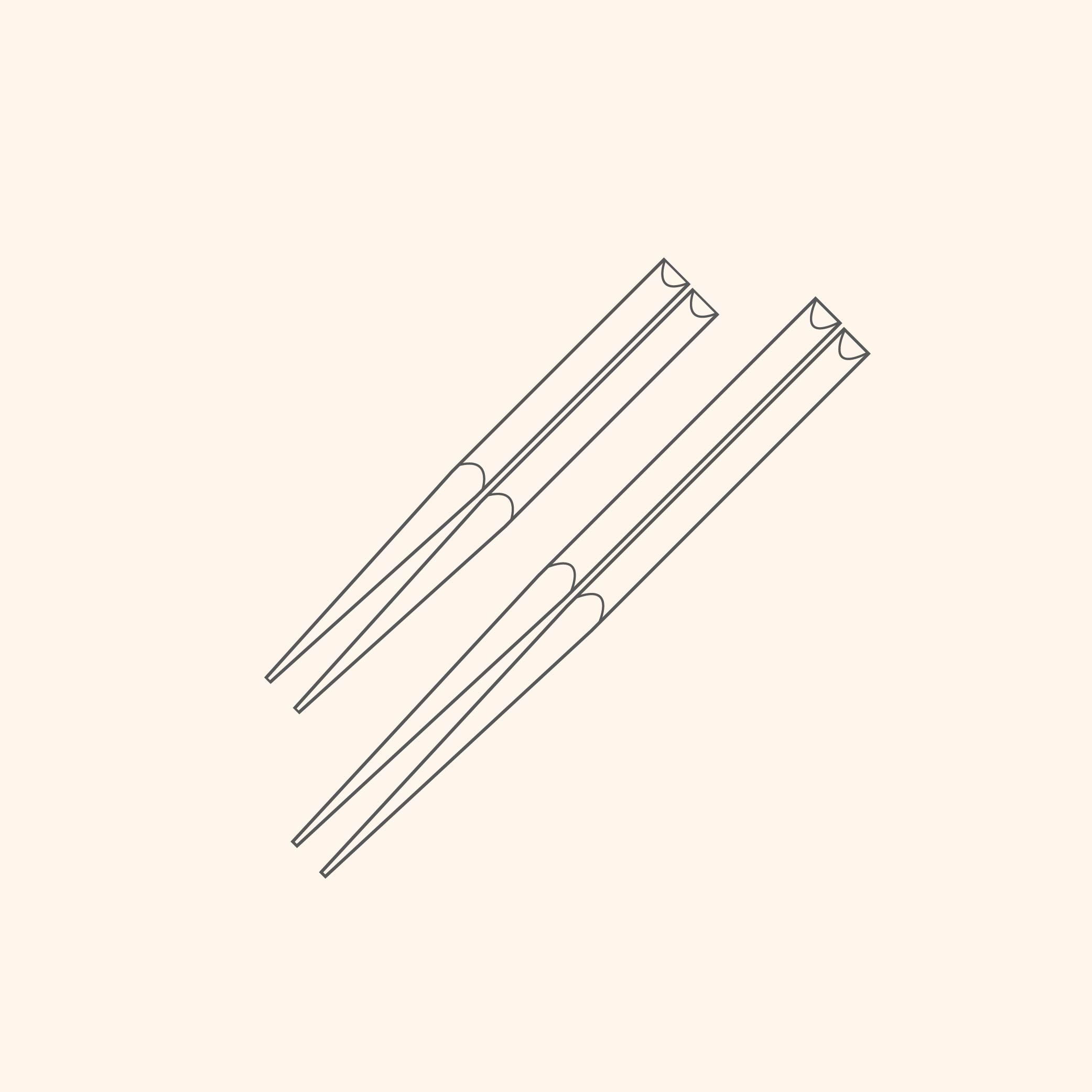 This chopsticks are commonly used as a cooking utensil. The shape is long and is usually made from a lacquered bamboo. Saibashi is designed longer than regular chopsticks because the length can give a safe distance for the hand while cooking hot foods. And, it can also be used to stir soup or broth in a deep pot. The length also makes it easier to cook multiple ingredients at the same time as the person cooking can reach further. There are other cooking chopsticks that are made of stainless steel, or different types of wood. 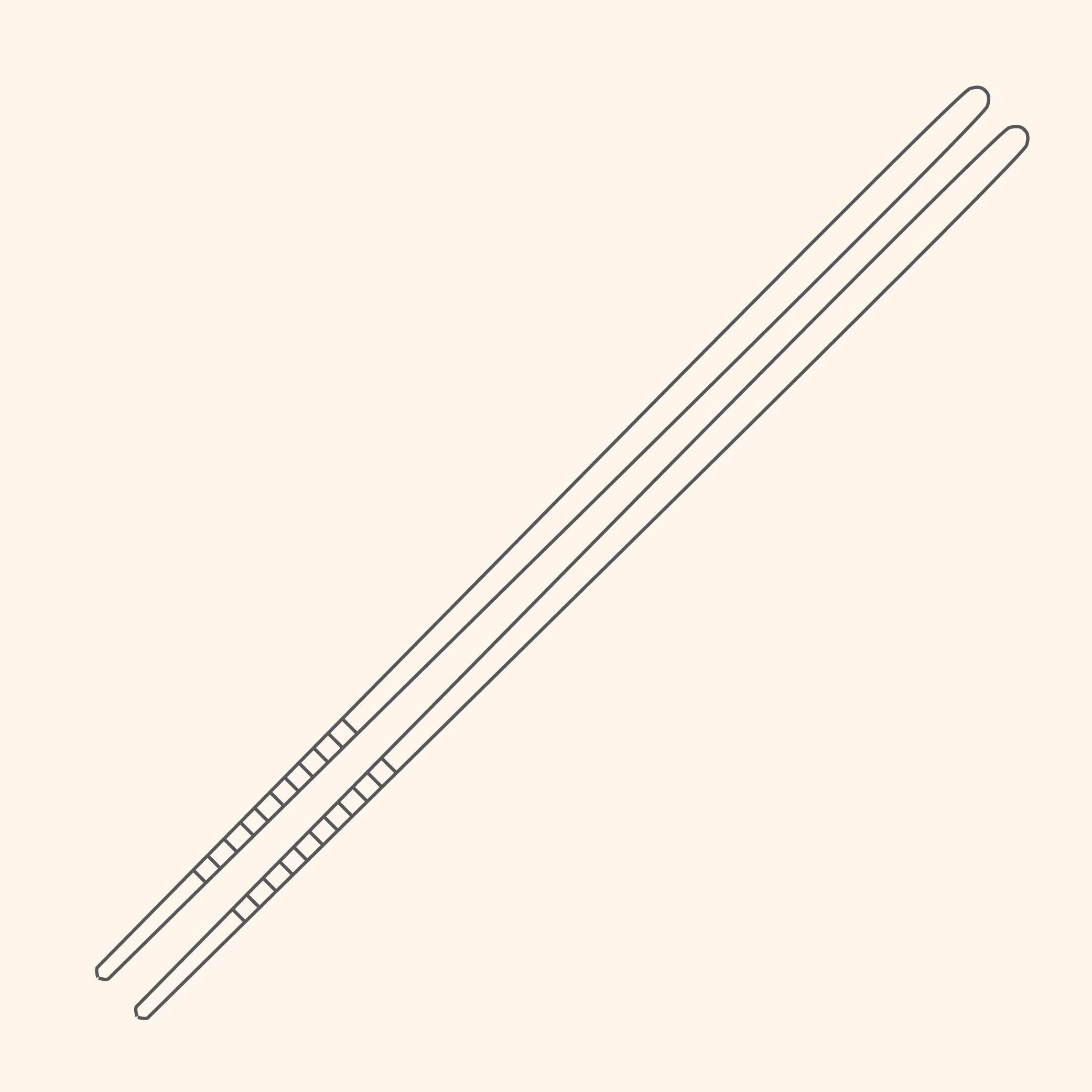 How to Properly Hold Chopsticks

Teach yourself how to use chopsticks properly.

In Japan, if someone is holding chopsticks the wrong way, people might think they came from a bad upbringing. This judgement is getting less and less apparent in modern days, though. But wouldn’t it be great if you can train your dexterity and become a chopsticks master. Here is an example on how to use chopsticks properly. 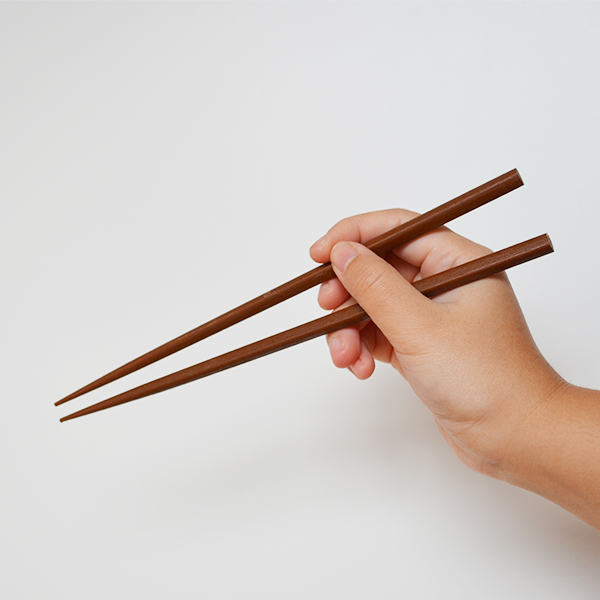 Bad Examples On How To Hold A Chopsticks

Gut Health: Signs of Unhealthy Gut and How to Improve Your Gut Health