¥550
What is Donabe? What is its benefit? and what kind of delicious food can you make from this Japanese traditional crafts?. We would like to give you some detail information about Donabe in the 'Exploring Donabe' article series. This part will talk about the general of How to Cook Rice with Donabe?

【Exploring Donabe - Part 2】: How To Cook Rice With Donabe? -Recommended Donabe Products And How To Take Care Of It-

How to Cook Rice with Donabe?

In general, donabe is an earthenware pot made from clay with properties ideal for operating at high temperatures.
Earthenware pot itself has been used since stone age.

In Japan, it’s famous with the Jomon-doki (Jomon pottery) which was made during the Jomon period in Japan.

Lately, people who cooks rice with donabe at home are increasing.

Various type of donabe are appearing,
such as the standard donabe that used for hot pot dishes,
donabe rice cooker which exclusively made to cook rice,
and special-designed donabe which compatible with IH.

In this article, we will introduce how to cook rice with donabe, the various types of donabe and how-to maintenance the donabe after use.

A Secret of Delicious Rice Made with Donabe

Donabe contains components that radiate far infrared rays, so the ingredients boiled inside the pot can be cooked deliciously from the core.

It is said that lately donabe attracting a lot of attention to the point that the recipe books of the food that using donabe are sold with great number.

It also has a high level of heat insulation, so it can keep the warmness, which will keep the delicious taste of your food even after some time passes.

In order to enjoy more delicious pot dish, choosing your favourite design is an important aspect for picking a donabe.

How to Use Donabe?

If someone says about donabe, the first thing that comes to your mind most likely will be a stewed dish such as nabe or kimchi nabe.

Of course, these are the cuisine that made using donabe, but you can also cook other dishes like rice, rice cookies, steamed dishes, and such.

In this article we would like to introduce you some various ways to use donabe, also with the cooking methods and recipe.

The type of donabe is divided according to the soil that is used to make it and the function (the way how you use it).

Because there is various type of donabe, there is also different way to take care of it depending on the type.

We will introduce the variety of the donabe by taking an example from the donabe that is available at Kawashima Japan Store.

It has a special pattern and texture of coarse soil, also with astringent colour.
Even among the other donabe, the Iga-yaki donabe has an appearance of being more of natural pot.
The donabe will look attractive if you put it in the table.

Compared to other pottery, there are also many things necessary to take care of.

But as we think it’s a special charm of Iga-yaki donabe, so it’s definitely worth your time and effort to take care of it. 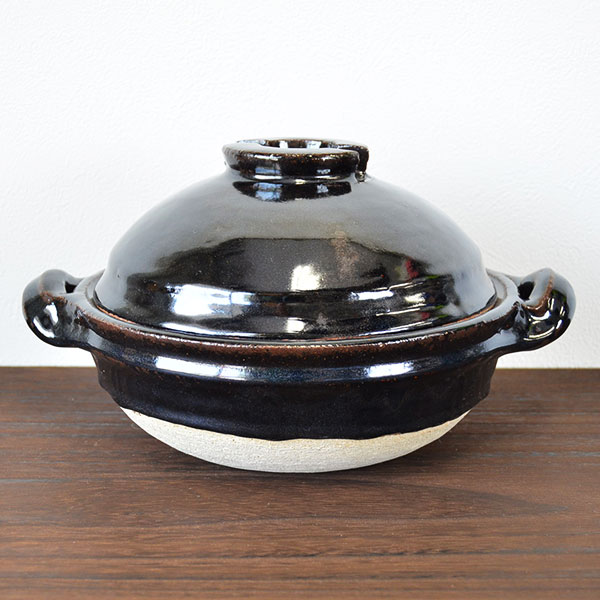 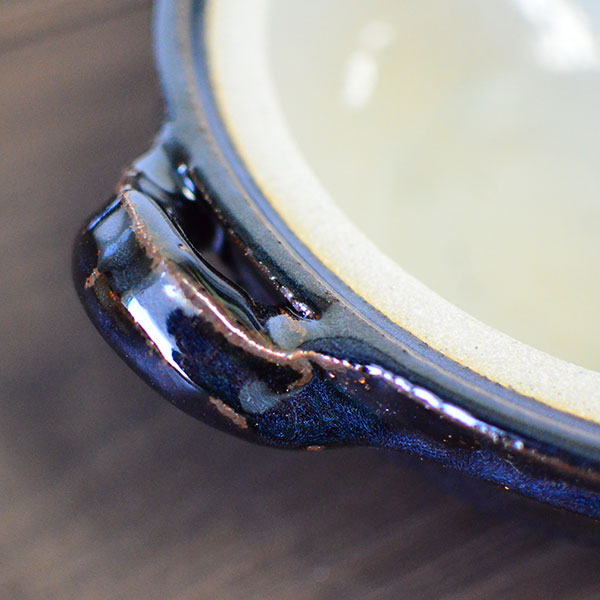 With a lot of market share in Japan, Banko-yaki (Banko ware) is a type of Japanese pottery traditionally produced in from Yokkaichi City, Mie Prefecture.
It is a famous pottery that is designated as traditional crafts of the country alongside the Iga-yaki.

Because it uses fine soil, the surface is sleek and simple, it also has many designs.

Also, it is characterized by strong and durable against fire because the mineral called petalite is kneaded to the soil.
Even if you cook something strong with strong odour with the donabe, you don't have to worry about odour transfer, because the donabe will not get smelly.

Banko-yaki donabe is recommended for those who are concerned about the odour transfer problem, and for those who looking for a simple and beautiful donabe.

※Petalite is a natural mineral characterized by glossy finish like glass.
Not only for donabe, it also can be used as rice bowl, tea cup or plate.
Because it is a natural mineral, even if it is get heated, please do not worry about whether it will affect the human body. 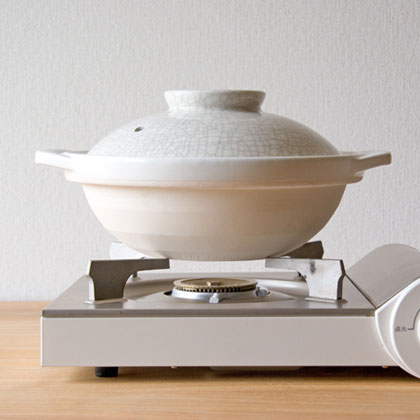 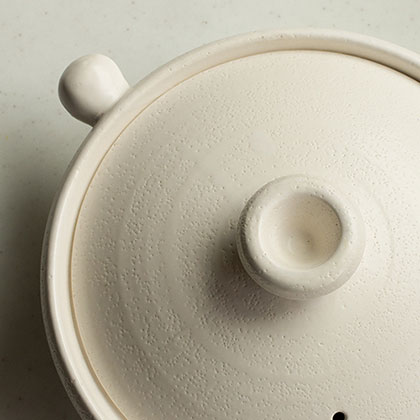 Compared to Iga-yaki donabe and Banko-yaki donabe, ceramic donabe has many vivid designs.

Because it uses fine soil, it has special feature that prevent odour transfer.

So, you don’t have to worry about odour transfer, even if you cook strong scented ingredients.

You can keep your donabe in a good shape with a method called medome.
Medome is a method to let the Japanese pottery ware soak proteins from starch or flour to close the small holes and crackles.

Since there are almost no cracks or holes in the donabe, we don’t need to do the medome methods.
It’s very attractive because it’s very easy to clean and maintain.

Lately, because the electric based cookware increased, there’s also many donabe that compatible with IH (Induction Heating).

Even though there’s ceramic donabe that isn’t compatible with the IH function, but there’s also another method, such as adding a porcelain panel as a medium.

With this, you can use it easily with latest kitchen technology. 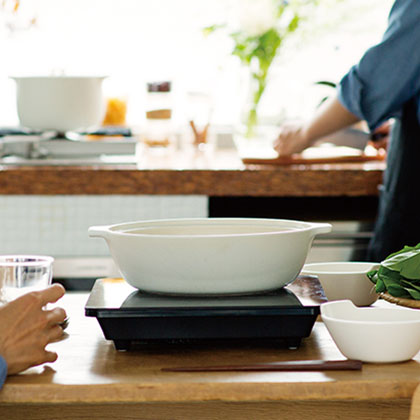 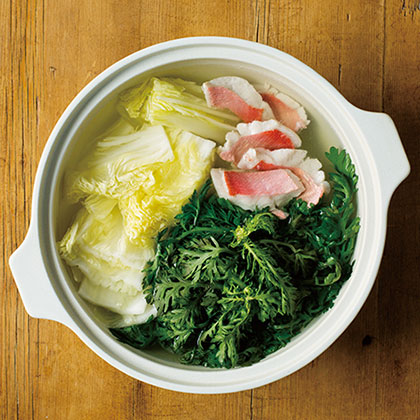 Donabe rice cooker is a donabe that made exclusively for cooking rice.
You can cook a plump and smooth textured rice.

Donabe rice cooker often comes in a double lid, it has a shape that makes it hard to spill during the processing.

Because it can be used for steamed dishes as well, it’s better for you to listen to the explanation well and read the instruction carefully before you buy the donabe rice cooker.

There is a lot of donabe that made by traditional manufacturing method compared to the donabe rice cooker that is compatible with IH. 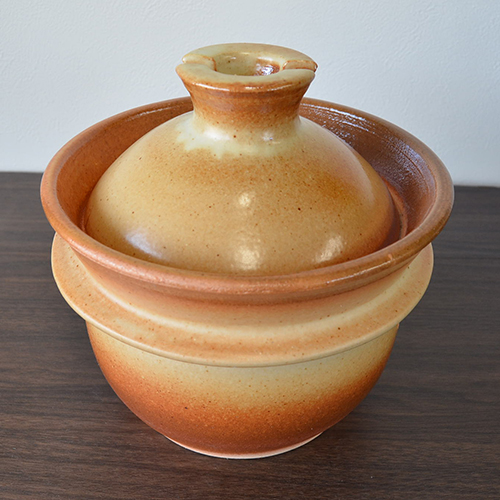 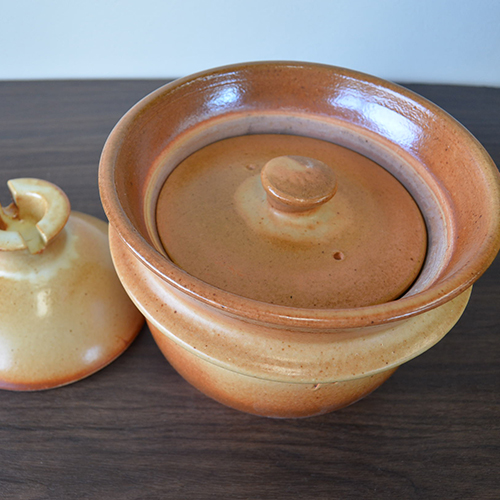 Is It Okay to Use IH Donabe with Direct Heat?

Basically, IH is a direct fire.

There’s a lot of donabe that is compatible with IH.
We never really hear a problem about the donabe being incompatible with the IH after used with direct fire.

If you are worried, we recommend you to read the product instructions or contact the manufacturer.

Is it possible to make the non-compatible IH donabe to become the compatible one?

Basically, it is possible.
Since IH responds to magnetic force which causes heat, IH plates for donabe based on the principle are on sale.

The plate surely reacts to the IH to generate the heat, but actually it reacts only to some point of the plate, so there’s a disadvantage that the heat source may be small, makes it hard even just to boil water.

That’s why we recommend you to purchase the donabe that is compatible with IH.

How to Cook White Rice with Donabe

In this section, we will show you the way to cook white rice with donabe.
※ We will explain about how to cook with donabe rice cooker later.

Kawashima the Japanstore website provides a video for you to learn about how to cook white rice using the donabe.

Although the donabe white rice considered to be difficult to cook, actually it can be cooked relatively easily. Please check it out!

How to Cook Brown Rice with Donabe

Although the brown rice considered to be difficult to cook, actually it can be cooked relatively easily. In this section, we will show you how to cook brown rice with a donabe.

Kawashima the Japanstore website provides a video for you to learn about how to cook brown rice using the donabe.

Although the donabe white rice considered to be difficult to cook, actually it can be cooked relatively easily. Please check it out!

How to Cook white rice with Donabe Rice Cooker

Ingredients:
・White rice grains (540cc)
・Water (630cc)
※Please adjust according to your preference about the water level for the rice grains (use 1 cm above the rice as a guide).

How to Cook Brown Rice with Donabe Rice Cooker

Although the brown rice considered to be difficult to cook, with the donabe rice cooker that recommended by Kawashima The Japanstore, actually it can be cooked relatively easily.


About the brown rice soaking process

How to Use Donabe for Beginner

Earthenware pot is a very user-friendly kitchenware, but you need a little trick to take care of it.

In this section, we will explain the ‘medome’ method to help you taking care of your donabe.

Before you start using the donabe, we will show you the medome method as a way to handle those small cracks.

It can prevent cracking and odour transfer, as well as helping you to keep your donabe for a long time.

Let’s check how to do the medome method!

What will you need:
・Water
・Wheat flour
The amount of wheat flour is about 10% compared to water.

Video about how to do medome method

Because it is an important process to take care of

Gut Health: Signs of Unhealthy Gut and How to Improve Your Gut Health